Partial Agreement with LifePac due to Rape/Incest Exception 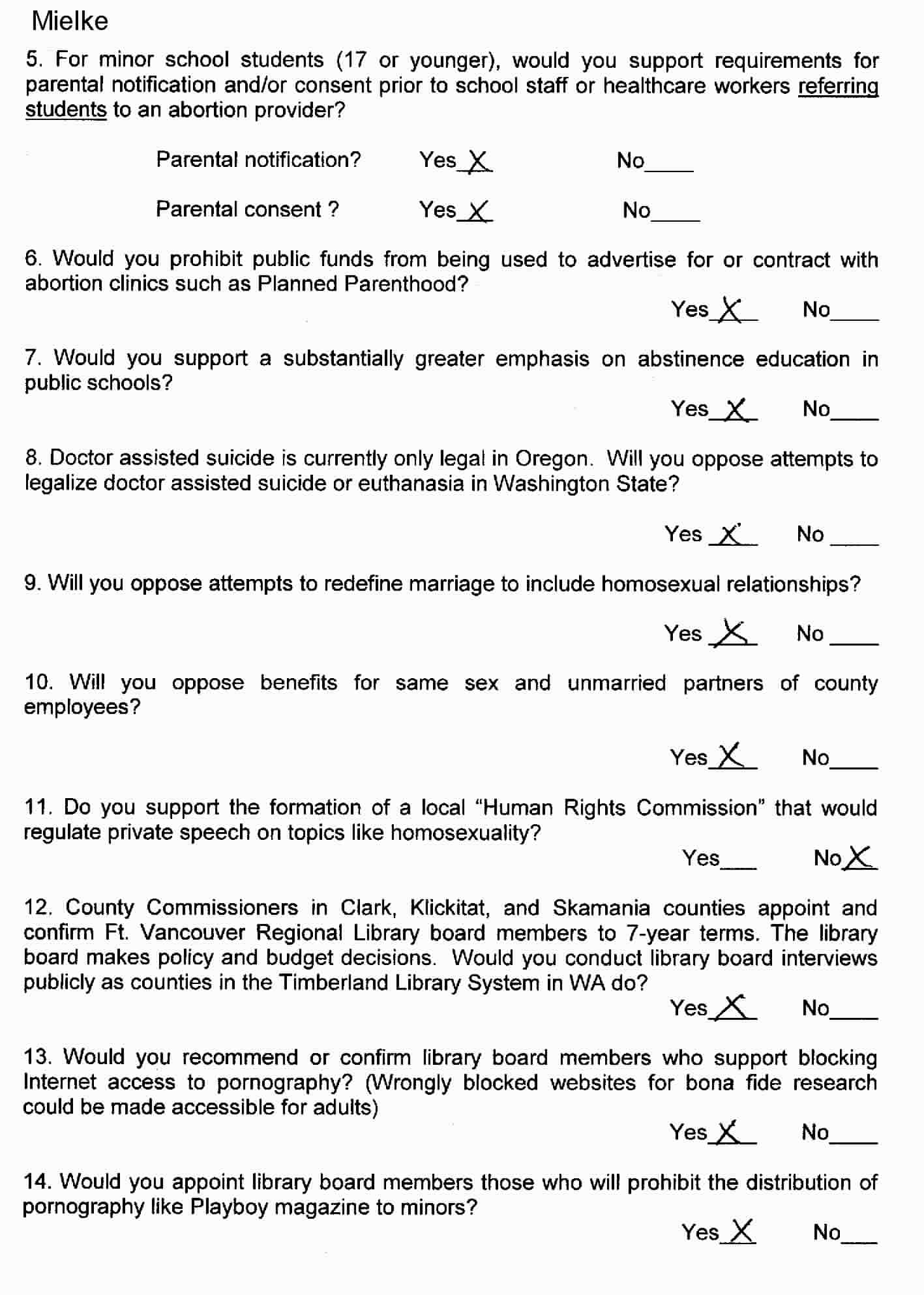 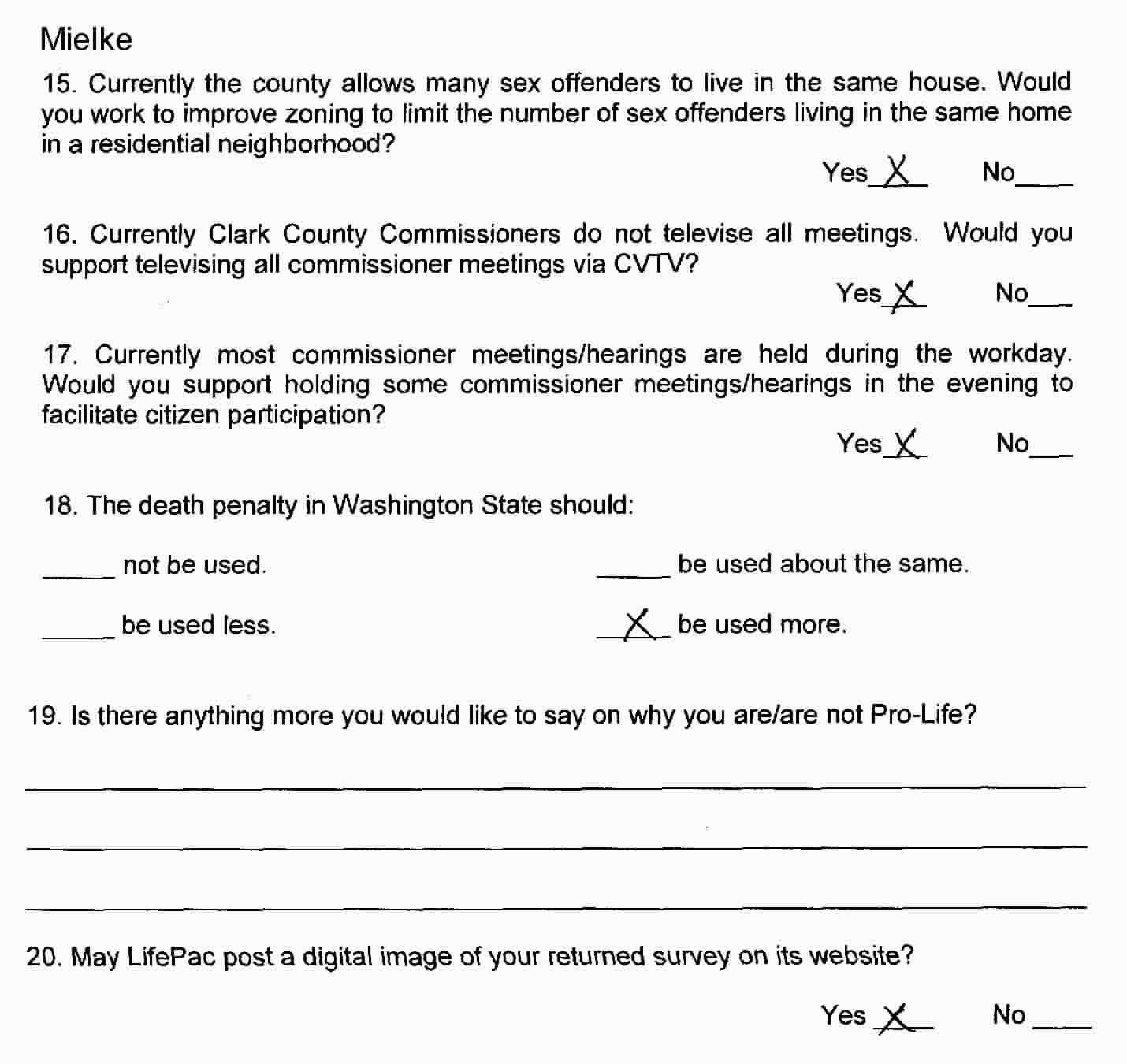 Jeanne Harris is currently Chairwoman of the Board of Directors for C-Tran and Betty Sue Morris is also a member of the Board.  In January 2004, buses began showing up around town with large advertisements on the side panels for the local abortionist organization, Planned Parenthood. These ads contributed to the likelihood of teens participating in sexual activity and promoted the various products sold by Planned Parenthood that supposedly make it "safe."

Many members of the community complained with phone calls and letters to the C-Tran main office. Lynne Griffith, CEO of C-Tran, answered with written statements that, due to legal constraints, C-Tran could only restrict ads that encouraged unlawful or illegal behavior.  This is true.  It is, in fact, the way C-Tran prevents alcohol or cigarette companies from advertising on city buses since these ads would be seen by minors who are too young to drink or smoke.

It was pointed out in letters to the C-Tran Management and Board of Directors that minors who view the Planned Parenthood ads will be too young in many cases to legally participate in sexual activity and that the ads are inappropriate for display on publicly-funded buses. C-Tran chose not to listen and continued to allow Planned Parenthood's shameless display on buses in the C-Tran system. Their next excuse was that the ad campaign had been withdrawn in June 2004 and so the problem has "gone away."  Of course, this means that the controversial subject was buried in time to promote the C-Tran tax increase, but it could easily be rolled back out in the future.

These elected officials, Jeanne Harris from the Vancouver City Council and current Clark County Commissioner Betty Sue Morris have shown a lack of leadership and common moral sense in this situation.  State Representatives Marc Boldt and Thomas Mielke have both stated on question #6 on the LifePac survey that they would not support public funds being spent on advertising for abortion clinics like Planned Parenthood.  Please consider supporting them with your vote in this year's race for Clark County Commissioner.

County commissioners did not make that decision. But they, along with
commissioners from two other counties, approve appointments to the library
board, which decided to filter the Internet for minors, but lets those 17
and older request unfiltered access.

Morris said commissioners don't "get into the middle" of the
appointments, and added that she supports filters for minors.

A revealing question/answer forum for the Clark County Commissioner race
was featured in the September 2004 issue of the SpringHill Review, a local
journal of northwest culture.

Among other questions, the Commissioner candidates were asked, "Would you appoint library board members who support or who oppose blocking
patrons’ Internet access to pornography as long as legitimate research could
be accessed? Why?" County Commissioners in Clark, Klickitat, and Skamania
Counties appoint and confirm Fort Vancouver Regional Library board members
to seven year terms.

Tom Mielke (R)- District 1
" I have run legislation repeatedly to have library boards elected in hopes
of making them more accountable to citizens. However, as a member of the
minority party in the House of Representatives, even though I was able to
get a hearing twice, the Chairperson would not allow it to come to a vote in
the committee. As Commissioner, I would not appoint board members who took
their marching orders from the American Library Association. I am
foursquare behind Internet filtering and have been dismayed at the lack of
support for this common sense step to protect our children in our libraries.
Further, I oppose the idea of a seven year term as being a tool that stifles
responsiveness to the community of matters such as these. If we cannot get
library board members elected, them we can at least put them through a
confirmation process every two years that would force them to answer for
their acts, good or bad."

If this information has helped you with your vote, please Donate a few dollars now to help LifePac with its candidate research work.